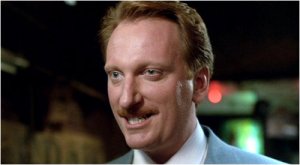 Jerry Jones was probably best known for playing Edward Rooney in Ferris Bueller’s Day Off. That was until he got arrest. Multiple time.

In 2001, Jones was charged with selling cigarettes and trafficking marijuana to minors. He was fined $5,000 and sentenced to 100 hours of community service.

In 2003, Jones was arrested for soliciting a 14-year-old boy to pose for sexually explicit photographs and possession of child pornography. The misdemeanor possession charge was dropped after Jones pleaded nolo contendere to inducing a minor to pose for sexually explicit photographs; he was sentenced to five years’ probation, ordered to undergo counseling, and required to register as a sex offender for life.

In 2004 and 2010, Jones was arrested for failing to update his sex offender registration. On September 28, 2010, Jones was sentenced to three years’ probation and 250 hours of community service.