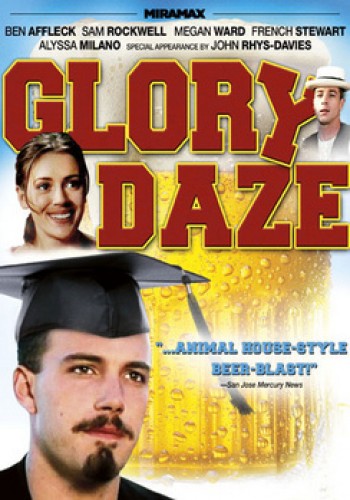 Ben Affleck often gets a lot of shit for his acting skills, and it probably stems from movies like Glory Daze. I caught five minutes of this yesterday and only kept it on because I was trying to identify Sam Rockwell. He was also in Pearl Harbor, as we all know is unwatchable.

But look, he’s been in a few good movies. And who am I to say what is a good movie anyway. I own Dickie Roberts: Former Child Star. No joke. I can go home and watch it right now. So never listen to anything I say about movies again.