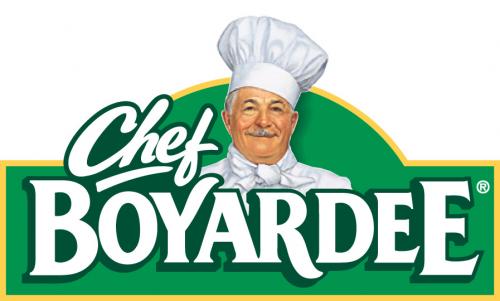 Ettore Boiardi was a remarkable chef. His company made and prepared millions of rations for American and Allied troops during World War II, and for his efforts he was awarded a gold star order of excellence from the United States War Department. It’s too bad then that he had to change the spelling of his name so us dumb Americans could pronounce it.

Mr. Potato Head is 60 years old. Wikipedia actually had some interesting facts about it –

“It was the first toy advertised on television and has remained in production since its debut. The toy was originally produced as separate plastic parts with pushpins that could be stuck into a real potato or other vegetable. However, due to complaints regarding rotting vegetables and new government safety regulations, Hasbro began including a plastic potato body within the toy set.”

The original concept was great for teaching kids about life and death and how all good things eventually come to an end.

Adrien Brody joined Andre 3000 in the aforementioned Gillette commercial. It’s starting to seem like the casting director just got a list of celebrities, alphabetized by first name and knocked out the casting in 5 minutes.

You probably know Andre from Outkast, a few bad movies and a really bad Gillette commercial. I know what you’re thinking, but he doesn’t have any relation to Mr. 3000.