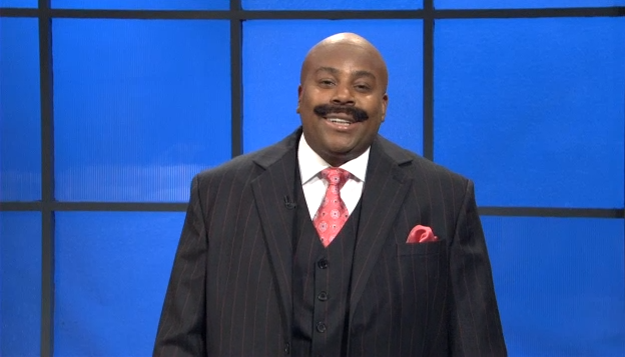 Kenan Thompson has been on SNL since 2003. In his youth, he was in a couple of the best movies of the 90’s, Heavyweights and Mighty Ducks 2. Kenan was a cast member on The Steve Harvey Show which might explain why he does a decent impression of Harvey.

Here is the skit from this weekend where he helps a man get over his phobia of horses while explaining to people that his phobia is falling asleep and having his mustache choke him to death. 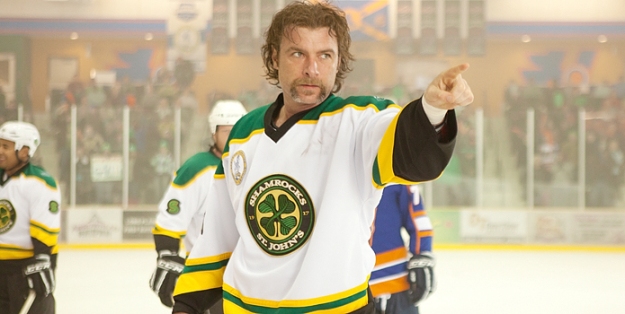 Here is actor Liev Schreiber from the Canadian movie Goon (not to be confused with the Matthew Perry television show Go On). He’s probably a very like guy since he has a shamrock on his sweater and a horseshoe on his face.

I had read that Goon was an entertaining movie when it was first released and so I gave it a chance last night. For a hockey movie, I would say it falls between Mighty Ducks 2 and Mighty Ducks 3, though with a lot more blood and a broken ankle only surpassed in gruesomeness by the one in Misery.