I thought last night’s National Championship game was going to be boring to the point that it was un-watchable and boy was I right. It only took one quarter for Alabama to put Notre Dame away. For those of you who stuck around though, you heard 73 year old Brent Musburger get way too excited to see Katherine Webb, girlfriend of the Alabama quarterback AJ McCarron. If you missed what Musburger said it went something like this:

“WOW. Can you believe how sexy that girl is? To think that I was 50 when she was born. Bu I mean take a look at that fine piece of ” and then they had to cut his mic.

Katherine then wore a mustache disguise  for the second half to avoid getting further creeped on by any old men. Unfortunately for her, Musburger seemed to like it. This photo was his reaction to seeing Katherine with a steesh: 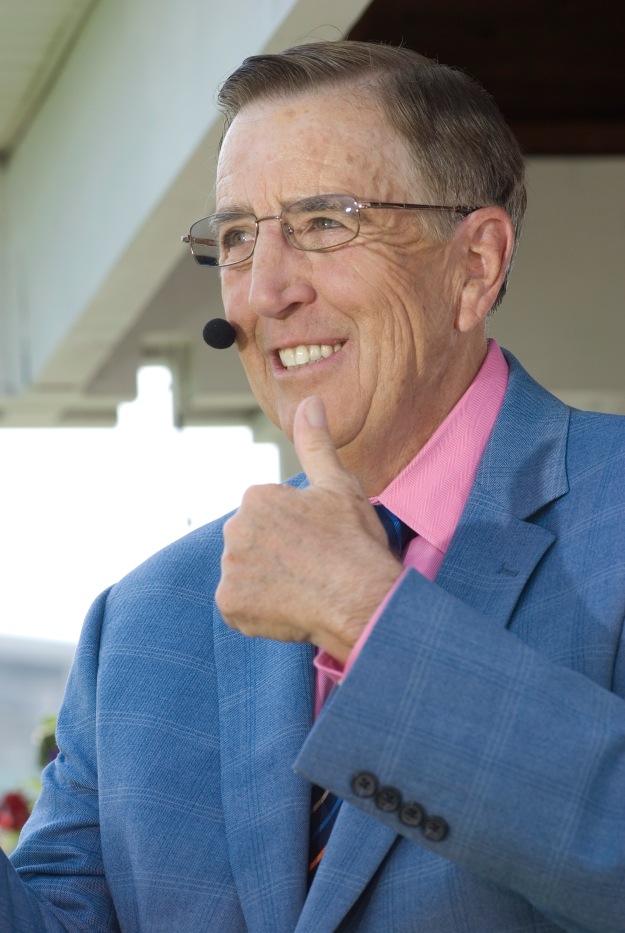